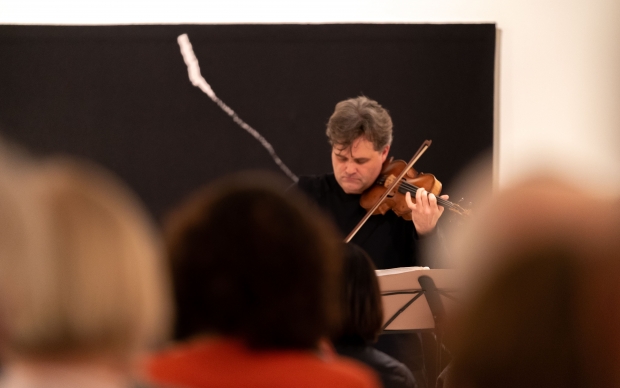 At Nordnorsk Kunstmuseum we always strive to make room for ideas, challenges and something beyond the art occupying our building. On Sunday, January 27th we got schooled by violinist, composer, philosopher, and entertainer Peter Sheppard Skærved. Standing in front of the gobelin Tegn V by Jan Groth, he performed his A Futhork for Jan Groth, a captivating hour of poetry, music, philosophy, history and personal anecdotes. Just like he did at Kunsthall Svalbard almost two years ago.

– When I met Jan Groth for the first time, it was immediately clear to me that he was going to be an important person for me as an artist. It felt like I had known him since I was a child, Skærved said.

The two have discussed art from different perspectives and art forms. Futhork is the result of this long-running dialogue, a collection of fragments from their thought and conversations, paired with music from the 1600s that Groth love so much. 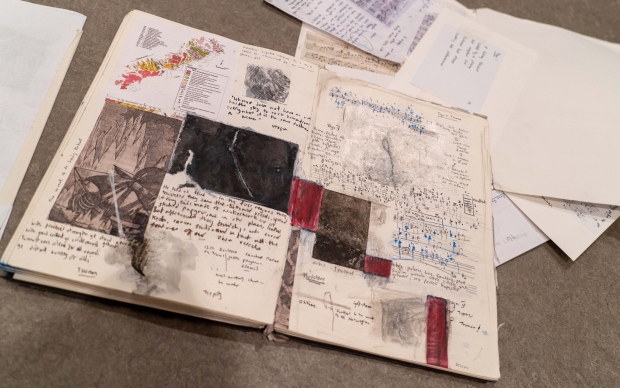 Skærved's thoughts, notes and sheet music on the floor after the concert.

Skærved is passionately interested in art in many forms, and draws, writes and composes continuously. He has a unique ability to be inspired by his experiences, art, nature, and society. He has written a captivating summary of his stay in Tromsø, the museum, Peder Balke, art and Northern Norway on his website. And only a day after arriving in Tromsø, he played this piece, inspired by the city, nature and the people.

The concert was a collaboration with The Northern Lights Festival. A Futhork for Jan Groth was initiated by Festspillene i Bergen and Bergen Kunsthall. Peter would like to acknowledge the support given to the project by Dansk-Norsk Fondet, MIA Minneapolis (Minnesota) and Nordnorsk Kunstmuseum/Kunsthall Svalbard. 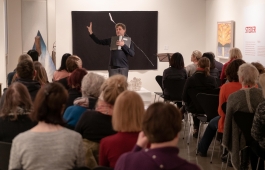 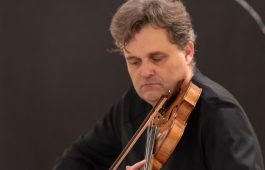 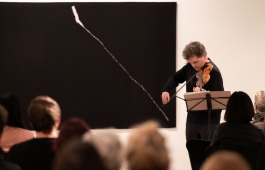 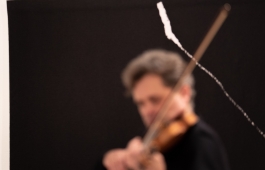