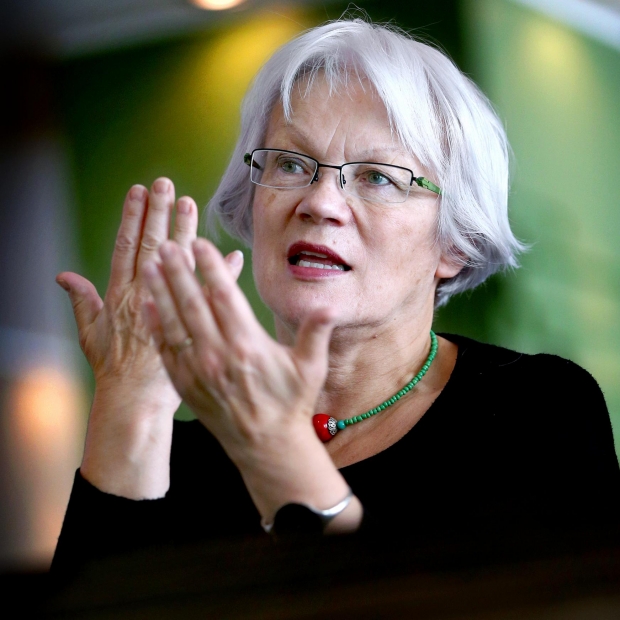 Britta Marakatt-Labba from Kiruna in Sweden is the winner of John Savio Award 2017. The jury emphasizes how she's been a distinctive voice from the Sámi, Norwegian and Swedish art scene for decades. She was part of the Masi Group in the 1970s, an important movement within Sámi culture, art and identity. Marakatt-Labba has been, and still is, a pioneer, forging new paths for other Sámi artists.

A storyteller
Marakatt-Labba's oeuvre has, through motifs and visualizing, been one of storytelling. She has manifested scenes from both Sámi history and mythology, in a way that tears down conventions and stereotypes of Sámi art, culture and identity. This year she was part of the prestigious art happening Documenta 14 in Kassel, Germany, contributing with the work Historjá (The History), a 24 meters long tapestry detailing Sámi history. The work can normally be seen at The Arctic University of Norway in Tromsø.

Extra honorable
- John Savio was a forerunner in Sámi visual arts, so I feel it's extra honorable to receive this award, says Britta Marakatt-Labba. Through hard work, Sámi visual arts found its way in the Nordic countries. -Nothing came free, it took a whole lot of hard work and a firm belief in yourself, she says.

The winner receives NOK 150.000 from The Relief Fund for Visual Artists. Her art will be presented at Nordnorsk Kunstmuseum from October 21. 2017.

Awarded for the second time
The John Savio award is awarded by The Relief Fund for Visual Artists in cooperation with Sámi Artist Association and Nordnorsk Kunstmuseum. The jury consisted of artists Lena Stenberg and Joar Nango, in addition to conservator at Nordnorsk Kunstmuseum, Charis Gullickson. The award goes to an artist with Sámi background and identity who has made a special contribution to the arts in Norway, either through recent projects or oeuvre. The award is biennial and was awarded for the first time in 2015, to Geir Tore Holm.