A shining advertisement with the words MAKE THE NORTH GREAT AGAIN! will illuminate the Polar Night in Longyearbyen.

NORDTING (The Arctic Assembly) is an art project dating back to 2014 – a parliament for the North that promotes voices from the North about the North. At Svalbard, Nordting and Nordnorsk Kunstmuseum will encourage questions regarding the Arctic, power balance, colonialism, sovereignty and resource use. The installation references the language of political power, the commercial tourism that drives much of Svalbard's economy and North as a periphery. 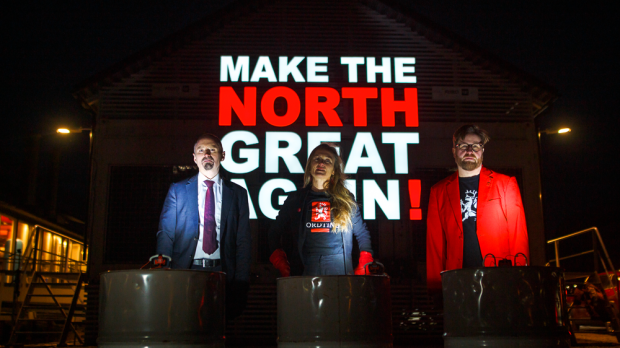 2020 marks 100 years since The Svalbard Treaty, was signed in Paris, granting Norway sovereignty over the Svalbard archipelago. Norway has a policy of active presence on the islands, among other things through generous programs for art and culture. It's important to keep in mind that both Nordting and Nordnorsk Kunstmuseum are part of this strategy

- This installation is part of NORDTING's long term public awareness campaign in the circumpolar North, says leader of Nordting, Amund Sjølie Sveen. – NORDTING wants to remind us all that the world looks different from the North, that the people of the North must decide their own future and that the Arctic is not for sale, no matter if it's Oslo, Beijing or Washington that's buying. Repeat after Nordting: MAKE THE NORTH GREAT AGAIN!

The installation opened in November 2020. Nordting will be back in  March 2021, with a spectacular finish of the project. 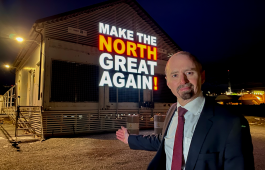 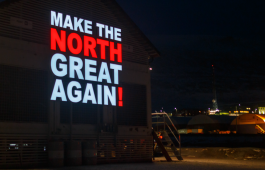 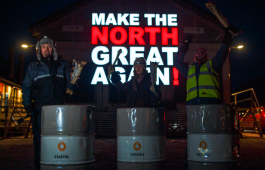 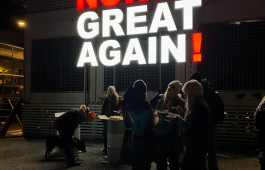 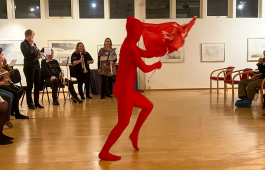 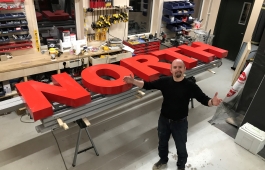